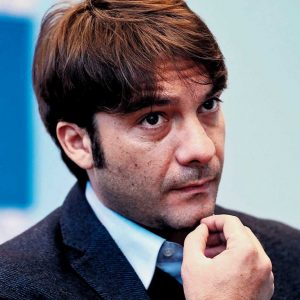 Franco Antonio Zenna is a lawyer specialising in Private International Law. He studied at the Magna Græcia University of Catanzaro, graduating with a Law degree in 2007. He studied at the University of Murcia for a while, where he collaborated with Professor Rosalía Alfonso Sánchez, of Commercial Law, to publish an article entitled “La sociedad cooperativa europea, una ocasión perdida para la armonización y creación de un derecho comunitario unitario. Los problemas de implantación del estatuto en España” (“The European cooperative society; a missed opportunity for the harmonisation and creation of a common single law. Problems of the implementation of the Statute in Spain”).

After this first experience abroad he returned to Italy and became a lawyer in Turin, working with the firm Cottellero – Montaldo – Borrione Asociados where he mostly worked on cases related to Civil, Commercial and Community Law.

In 2011 he finished his Master’s in Private International Law, terminating his studies at an international level, and returned to Spain (Barcelona) to work with the law firm Snabogados, where he focused on Intellectual and Industrial Property, Arbitration and Competition Law. From 2011 he has also dedicated himself to the study of matters related to assisted fertilisation in general—in particular surrogacy. He is currently one of the world’s best specialists in this field with a deep knowledge of various legislations on surrogacy across different countries.

After numerous collaborations with surrogacy agencies and law firms in various countries, he decided to create his own firm (INTRAIUS), of which he is the founder.